There are tons of gifts you can get a dad for Father’s Day. Sure there are the latest gadgets and electronic items, fancy jewelry and more big ticket items. 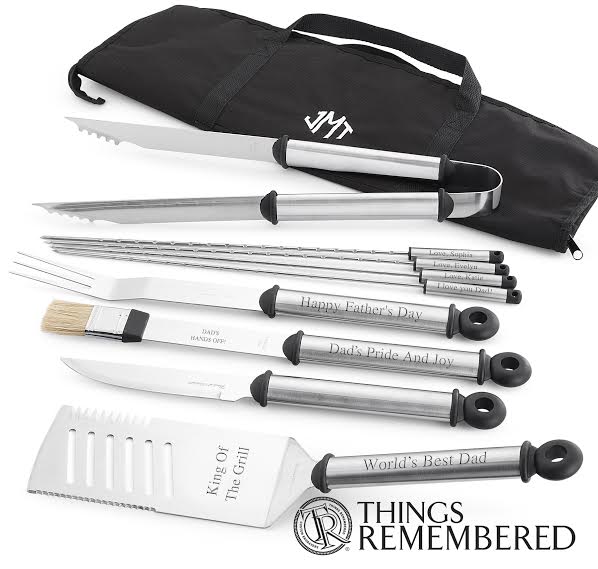 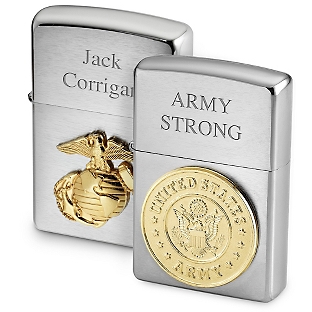 However one of the best gifts I ever received was 7 years ago on my anniversary. My husband sent me a poem he wrote and had it etched into into a glass decorative piece from Things Remembered. It meant a lot to me because it was from him but it was even more special because he was deployed during this time and I was honored that he took the time to not only write this poem but have it sent to me in such a beautiful way.

Things Remembered is the nation’s leading chain of personalized gift stores, with more than 600 stores in 48 states.  I was so happy to be able to select some gifts ( from their online store) to give to my husband just in time for Father’s Day and because of his military service I was thrilled to see that they had a military gifts section. Don’t worry they have a ton of non military related gifts but because the hubby’s service means a lot to him I always try to commemorate that.

I had the choice of picking 2 different Father’s Day gifts so I wanted to make sure I picked something military related and something he could enjoy throughout the year.

The first gift I chose was a Zippo Lighter with the Marine Corps Eagle Anchor Globe on it . I had his named sketched on the front and the kids names etched in a script font on the back along with the words Happy Father’s Day. This lighter retails for $30.00 online. Military guys can always use lighters for something and I think this is a cool way to remember your family . 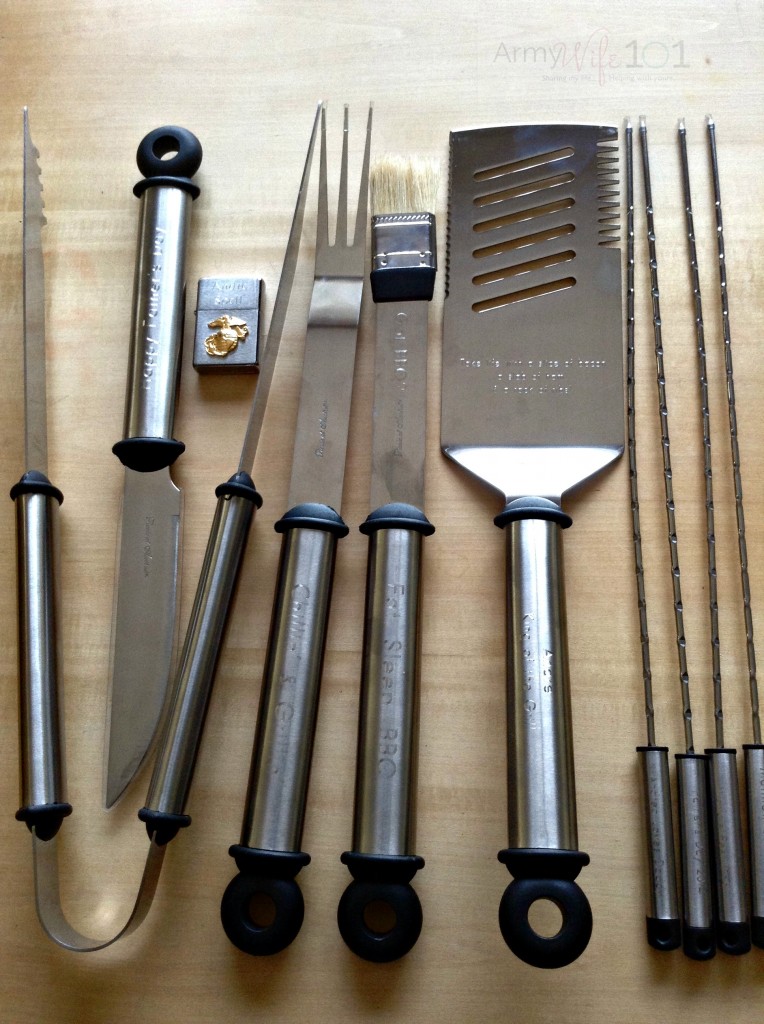 The second gift we gave dad was his favorite and it was a 9 piece bbq set. This set is stainless steel and each piece is personalized with a cool sayings and his name. With Summer going this is my way of making dad feel like he is the king of the grill. It also comes with a handy storage case that you can also have his name placed on. This particular set costs $55.00 .

My husband already received his presents and he really loves them and the customization really speaks personal and memories.

Military personnel will be glad to know there is still time to purchase an item and get it engraved before Father’s Day. Additionally Things Remembered is proud to offer an 10% military discount off your entire purchase and includes engraving as well. There are so many other gift choices to choose from for every other occasion as well so you will certainly have a selection.

Gifts are personalized while you shop, or order online for home delivery or same-day in-store pickup. To find a Things Remembered store near you, go to http://www.thingsremembered.com/storelocator.

For more information on Things Remembered or to create the perfect personalized gift, please visithttp://www.thingsremembered.com.

Happy Father’s Day to All of Our Military Dads!!!!

Krystel is the mom of two and an Army Wife. In addition to Army Wife 101 she is the Co-Founder of SoFluential.com a digital media agency that connects brands with the military market. She has appeared on MSNBC ,FOX LA and formerly was a weekly contributor to HLN's "Raising America". She has written for various outlets including Sheknows and Lifetime and is a big fan of cupcakes and french fries.
June 10, 2014 by Army Wife 101 | 35 Comments