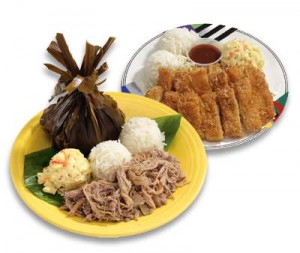 If you read Part One  of my Why I Hate Living In Hawaii Saga in completion, then you know I ended off informing you that part 2 would discuss the food and the bugs here. Before I get to that I must first clarify some things from Part 1.

I want to thank everyone who read my post in completion. I never expected so much feedback here or on the Fb Fan Page. I will say that while I accept everyone’s feedback whether negative or positive, I really can’t accept feedback from those who haven’t read this in entirety. If you read my blog posts I am nice but can be alittle overly blunt at times. That can be a positive or negative thing. With that said…I am completely over the get out and explore the island statement. I made it very clear in part one that I have and that I am a big fan of make the best where you are, but in some places making the best gets old. You see in order to explore somewhere (where ever it maybe) you have to “Want To” and you have to like it. Once your done exploring the things your comfortable with (because everyone isn’t into climbing up the side of volcanic mountains or diving with the sharks) what exactly is left to do?…go the beach…ooops I can’t I did that like 5 million times in one month.

For certain people (and I say certain because I don’t speak for everyone) being stuck on a rock in the middle of the ocean is their thing, it doesn’t phase them. For others like myself confinement does not work. When I get tired of Oahu , I’d like to be able to drive else where. Yes yes… I know what your going to say “But Army Wife 101 you can fly to another island”! Bam you just answered your own question, “it’s still another island! I hope I clarified this for those who think that I am a whiner and don’t get out. Best believe I’ve sought to spread my wings here, but there isn’t that much wing spreading in the world.

This brings me to the issue of food:

As you have seen from my pictures I am a pretty thick chick. One of my pleasures is indulging in different types of food. At the same time and on a military budget their is only so much indulging you can do here. You see before I PCS’ed to the this oh so glorious island, I had the pleasure of being stationed in a place that is a foodies dream…Savannah GA. Home of Paula Deen, home of the buffets and if I got  tired of good ole down home country cooking (which by the way I don’t think that’s possible) then I had several options at my disposal. I am from Long Island NY and yes I have had what I like to call my “Sex in the City Moments” where my girlfriends and I wisked off into Manhattan and ate at upscale eateries like Soul Cafe (closed now) Chez Josephine ( that took a whole paycheck) and at the top of the spinning Marriot in Times Square, so I’m used to good food. Then reality set in and I got married and had 2 kids and a hubby in the military. While on the rare occasion we do treat our kids to top notch cuisine, 95% of the time on a Friday night in Savannah you could find us at our local Golden Corral where a family of four could umlimitedly stuff their faces for under $35 and still get dessert.

Let’s just say 2 keikei (That means kids in Hawaiian…see I’m embracing the language)meals and 2 adult meals at your local Chili’s are damn near $60 bucks;forget a dessert. If you love getting a bang for your buck and heading to the nearest all you can eat buffet (that actually taste good) well good luck on that, I haven’t managed to find one, not even a really good chinese buffet. Due to the location of Schofield, the only close options to have a decent family sit down dinner are Chilis and Ruby Tuesdays (that’s if you want more americanized cuisine). Now I would be wrong if I didn’t mention that you will have your fair share of Asian cuisine . This is not a bad thing, but damn can I get a Applebee’s , a Sonic , you know one of those places that Hawaii shows on tv commericals but we have none of them here. Yes Hawaii has a horrible habit of showing eateries that don’t exist here. Lest not forget all the specials that a certain chain restaurant will run but , because where in Hawaii for whatever reasons they don’t honor the special here.

Be prepared for rice with everything, rice with breakfast rice with lunch, rice with snack,  rice with dinner, rice with ice cream (I’m kidding but they probably do have something like that). If carbs are not your friend you are going to have a hell of a time avoiding them here. Rice is just the beginning don’t forget the scoop of macaroni salad that comes with everything. If I see one more Blazin Steaks or greasy L&L BBQ I am going to scream (Don’t get me wrong I do eat their food, just tired of it).All I wanna do is have a choice of places to go to with easy parking that I can take a family. I don’t want to have to go to Honolulu all the time to do anything major.  I asked several military spouses stationed here the other day where do they get the best Chinese food, no one could give me a good answer. The one place we thought might be ok got closed down for infestation, yes bugs.

All I can say is this truly the one place I don’t think I have ever brought food on the economy, with the exception of a loaf of bread at Walmart. Speaking of Walmart for those of you who have been stationed in the South, do not count on a Super Walmart, none here. I won’t go into alot of detail , as I think you’ve got the point by now. COLA is good , but I still say the prices suck 10x worse here.

When I say I am deathly afraid of bugs, I am not being dramatic , I am serious. I cry, hyperventilate and sweat if I see anything bigger then an ant. The first few weeks we were here I was greeted by several centipedes outside. Not a pretty site when you just happen to be walking and come up on one. Thank the lord one has never gotten in my house, you don’t even want to know the outcome of that.

Gecko’s O-M-G if I hear one more person tell me those damn things are good luck!!! They are all over, I can honestly say I have never had one in my house because my kids know that coming in and out the house is a hell to the noooo!  If you want to avoid Gecko central I recommend not letting little Johnny hang out the front door or stand there with the door open. Nothing like hopping in the shower , with the thought of being greeted by a lizard.

The flies here are in swarms, they fear no one or nothing. They seem bigger then usual. This is the only place that you could not open your door or windows for days and still have flies, they come out of nowhere . Forget sitting outside at a nice picnic they swarm around you and demand your food. The only place that I have seen them kept at bay have been around the yummy shrimp trucks. I don’t know if the smell of garlic keeps them away. I always tell spouses to not let the kids run in and out the house if you want to have an attempt at avoiding them.

The roaches here are the size of new born babies, I swear , their is no smashing them with a shoe. You have to spray them dead. They are big , they fly and they are not scared of you. This may not sound serious to bug lovers , but when your husband is deployed and all you’ve got is yourself and 2 scared kids, this kind of crap will make you hate a place. Lucky for me I haven’t rented a car with roaches or went out to my car at night to get an item from my car , only to open the door and be greeted by a family of roaches. For the record you don’t have to have a dirty home, they just exist here. Lucky for me I recommend keeping the gallon of Ortho Home Defense near by it works.

Maggots are awful here because it is always moist or humid ughhh…I’ll just leave it at that.

Last but not least and I mean no offense when I say this , because I am not Heidi Klume by any means. What really confuses about this place is , a majority of the local women here are  sized like linebackers. These chicks are huge , like kick your man’s ass huge. You would think with people this size living here that finding a plus size store would not be a problem, it is. No Lane Bryant’s , no Torrids. My store of choice is Ross.

Because I am who I am , I will say that it is important to make do of where you are. With that said don’t ever feel guilty for not liking a place. Everywhere is not for everyone. I am sure there are people who are stationed in Europe and find it boring after a while too. Just because you are stationed here in what some consider paradise , doesn’t mean it will be paradise for you. Best bet get out explore what your into and at least when people say get out and explore you can say…I have!

Krystel is the mom of two and an Army Wife. In addition to Army Wife 101 she is the Co-Founder of SoFluential.com a digital media agency that connects brands with the military market. She has appeared on MSNBC ,FOX LA and formerly was a weekly contributor to HLN's "Raising America". She has written for various outlets including Sheknows and Lifetime and is a big fan of cupcakes and french fries.
September 8, 2010 by Army Wife 101 | 350 Comments